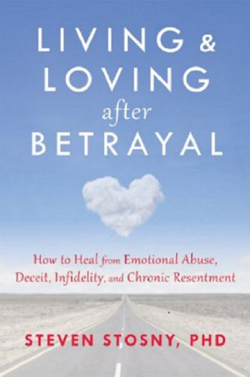 There’s an implicit promise in the formation of emotional bonds:

Your partner will care about your well-being

When the promise is broken, we suffer betrayal.

This Webinar course will help overcome the effects of:

You’ll regain trust in yourself…

To heal, grow, and love again.

2 Use Pain for Growth

10 Know What you Want

Intimate betrayal is a pain unlike any other, striking at the core of our capacity to trust and love. This extraordinarily harsh and lingering pain almost invariably overflows into other areas of life. Work efficiency plummets for most who suffer its sting.

Some feel unable to resume their normal level of caring behavior in any relationship, including those with friends, parents, and children.

Many are left feeling unworthy of love.

Intimate betrayal upends your life in one of two ways: by sudden revelation or gradual realization.

With deceit, embezzlement, and infidelity, you discover that your partner has lied, manipulated, stole, or cheated.

You may have guessed that something was amiss, but no amount of suspicion could mitigate the shock and hurt when struck by your partner’s confession, an eye witness account, uncovered emails/texts/phone messages or other incontrovertible evidence.

You became aware in an instant that your life would never be the same.

Some faces of intimate betrayal, such as abuse or being forced to walk on eggshells to appease a partner who is chronically resentful, angry, critical, stonewalling, or self-obsessed. You may have tried for a long time to make the best of your partner’s bad behavior – overlooked it, made excuses for it, or simply refused to identify it. Your instinct to adapt, cooperate, and trust would have benefited most relationships. Yet your noble efforts to preserve emotional bonds with your partner (and protect your children, if you have them) may have delayed recognition of the betrayal you have suffered.

The Floor of Security Crumbles after Betrayal

Whether it crashes upon you in revelation or seeps into consciousness via delayed realization, intimate betrayal snatches the floor of personal security from under you. Most of my clients describe the initial aftermath of revelation and realization as a kind of freefall, with no bottom in sight. Shock and disbelief are punctuated by waves of cruel self-doubt:

Shock, disbelief, and self-doubt may have given way to intense anger that seems to course through your veins whenever you think of the betrayal, and you probably think of it often. The frightening uncertainty and utter powerlessness of the free-fall condition is why betrayal of any kind stimulates the most virulent form of anger. Betrayal and anger are typically inseparable, for a while. The reasons owe more to biology than psychology.

A survival emotion common to all mammals, anger has potent analgesic and amphetamine components – they temporarily numb pain and provide a surge of energy to overcome perceived threat. These empower animals to flee when vulnerable to threat or to fight when flight is not possible. This is why the weakened tend to be skittish and the wounded become ferocious.

The same protective mechanism common to all mammals is activated by intimate betrayal. The surge of energy and pain-numbing qualities of anger temporarily ease powerlessness, self-doubt, and vulnerability.