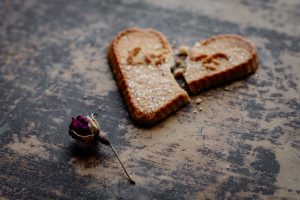 What is emotional abuse?

Behaviors intended to make loved ones feel bad about themselves…

Abusers invoke shame or fear to get what they want.

“You push my buttons.”

“I might have overreacted, but I’m human, and look what you did!”

They feel like victims, which, in their minds, justifies victimizing others.

Not all emotional abuse is shouting or name-calling.

Stonewallers punish by refusing to hear their partners’ perspectives:

Either form of abuse can make you feel:

Everyone in the family loses dignity and autonomy.

Half suffer from clinical anxiety and/or depression.

They can’t sleep or concentrate.

Can’t enjoy themselves without alcohol or drugs.

Children rarely feel as good as other kids.

Questions to ask yourself:

Am I able to realize my potential?

Does everyone I care about feel safe?

Are they able to realize their fullest potential?

Do they feel safe?

As adults, they’re at high risk of:

Walking on eggshells is continual dread of feeling:

They self-edit and second-guess to avoid “pushing buttons.”

They so often second-guess themselves, they can lose a sense of who they are.

Please put a check mark next to your answer.

I am anxious, nervous, or worried about my partner’s:

I edit my thoughts before I speak and second-guess my behavior before I do anything, in fear that it might “set my partner off” or cause “the silent treatment.”___

My partner is fine one minute and into a tirade the next, all seemingly over nothing or about the same thing over and over.___

I feel tense when I hear the door open or when my partner comes into the room.___

Sometimes when I walk by my partner, I feel my shoulder tense, until we get past one another.___

I feel that that nothing I do is good enough.___

Our relationship is in a cold stand-off (disagreements are minimal, but there’s a chilly wall between us).___

It seems like defensiveness and other reactions to my partner are on “automatic pilot,” like they just happen on their own.___

Any score indicates that there is too much tension in your household.

5-10 or above: Your efforts to tiptoe around someone else’s moods, in the hope of avoiding blow-ups, put-downs, criticism, disgusted looks, sighs of disapproval, or cold shoulders, you unconsciously edit what you say.

To some extent, you second-guess your judgment, ideas, and preferences about how to live. You might even begin to question what you think is right and wrong.

11 or above: You probably have a vague feeling, at least now and then, that you’re losing yourself.

Your perceptions of reality and your sense of self are changing for the worse.

You may experience physical symptoms such as headaches, muscle aches, or stomach aches.

To recover from walking on eggshells, focus on your personal healing.

The most powerful form of healing comes from within you.

Doing the work of the Boot Camp eliminates most symptoms of emotional abuse.

Note: Dr. Stosny posted some of this same material and much more on emotional abuse on the Oprah Winfrey Website.

If these occur, there’s still time to change, but the window is closing.

One or both partners make judgments about the perspective of the other without trying to understand it.

This stems from intolerance of differences.

One or both partners prefers to blame rather than focus on how to make things right.

Blame gives a dose of adrenaline, which temporarily increases energy and confidence.

Once blaming becomes a habit, the brain will do it automatically, whenever it wants adrenaline.

Due the tolerance effect of adrenaline, it takes more and more of it to get the same level of energy and confidence.

Blame will certainly get worse. It leads to devaluing and demeaning behavior.

One tells the other how to think and feel, in an attempt “to be helpful.”

This shows a lack of respect for the other’s individuality.

It will worsen to the extent that the integrity of one is sacrificed for the ego of the other.

One or both partners show remorse for hurtful remarks or behavior, but not compassion.

Remorse comes after hurtful behavior and focuses on how bad he/she feels.

Compassion prevents hurtful behavior by focusing on how the injured party feels and what it will take to repair.

Compassion is self-enhancing. Remorse is self-devaluing.

The devalued self is more likely to abuse than the valued self.

One or both partners withdraw affection and connection in the face of disagreement.

The implication is that partners aren’t worth loving, unless they agree.

Implies that there’s something wrong with you for being hurt by my remarks or behavior.

One or both partners imply that the other is not competent, smart, or resourceful enough.

This attitude will eventually justify controlling and dominating behavior.

One partner regards the other as inferior in some way.

This will be expressed in increasingly hurtful ways.

If one partner defends it by attacking the sense of humor of the other, abuse will almost certainly become more overt and more virulent.

One or both partners are walking on eggshells to avoid a disappointed look in your partner.

Photo by freestocks.org from Pexels